SAUMUR, THE CAPITAL OF RIDING

When at the end of the sixteenth century, King Henry IV allowed his friend Duplessis-Mornay to found a Protestant university and riding academy in Saumur, little did he suspect he would link our city to the horse for now over 400 years?

With the installation of the King’s Rifles in the eighteenth century, and the arrival of the Cavalry School in the nineteenth, a school that would later form the Cadre Noir, and after the creation in 1972 of the Ecole Nationale d’Equitation (ENE), Saumur is now more than ever linked to man’s greatest conquest.

This is a passion that is also found everywhere in the local economy, as the horse is present in many sectors such as tourism, trade and crafts. This passion adds greatly to the richness of our region.
Inevitably, the equestrian tradition of Saumur will continue to flourish in the future with the transfer to our city of several institutions of higher education together with their students.

Thus, Saumur will long remain true to the motto of a famous Cadre Noir Commanding Officer, Colonel Danloux: “The cult of tradition does not exclude the love of progress.”

THE OBJECTIVES OF THE COMITE EQUESTRE

Establish a communication policy both within the city and also externally.

Gather the necessary means to achieve the above goals 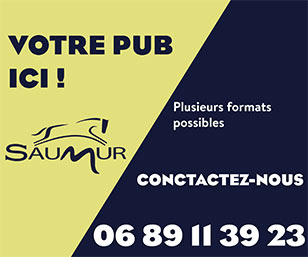